And just like that, October has gone, in a whirlwind of sun and warmth and happiness. I don’t know whether it really was all happiness, to be honest – the American presidential election result has just honestly wiped everything else out! I know that happened in November, not October, but hey, let me have this. It’s too good not to talk about!

How are you feeling about it? For me, it’s just such a huge relief. It seems like we might be able to return to a world where joy is possible again, where respect is given, where people are decent and being hateful is rightfully considered shameful. It seems like we might actually make some forward progress, instead of foundering in some sort of ever-worsening quicksand of bad deeds and casual cruelty and pointless, ridiculous lies and disinformation. I’ve seen so many good tweets and thoughts on all of this over the last couple of days, but these two really resonated with me:

My god it feels like I just took off a weighted blanket, unhooked my bra and taken out my extensions all at once

One last thing before I piss off into a netflix stupor. I am so glad that we are finally going to have a President who actually enjoys things. One of the things that drove me most insane about Trump, and I have said this before, is that the man was simply incapable of joy.

Imagine what it must be like to have nothing – nothing – that brings you joy. Imagine what that must do to you and the people around you. I feel like it’s catching, as if for the last four years it’s been getting harder and harder to feel joy as a world. I felt joy this weekend, and hope, and a deeper sense of peace than I can remember feeling in years. It honestly feels like a war is over – like, nothing is ‘normal’ still, but we can see a way in which it can be, and we can imagine how we can build it even better.

It sounds like I’m taking this very personally, and I guess I am! My friends and I joked about giving up on the northern hemisphere altogether if Trump won, and just lobbying the NZ government to form a southern alliance with our Pacific neighbours (oh, and Hawaii: outside of Honolulu it definitely seems more a Pacific Island than it does American to me), but it’s hard to ignore America. And I still have friends there, and I still feel a connection to the place. I’ll never be able to just ignore it, I don’t think.

Anyway this is already a long post and I haven’t even got to the crux of it. Let’s focus on joy! It’s the best feeling in the world, I swear. Here are five little spots of joy for me from the last month. What are yours?

1. All My Favourite Shapes at Auckland Art Gallery

I took Amelie along to the Auckland Art Gallery one weekend recently. We used to go together all the time when we lived in the city, and I’ve really been missing it! There was an installation in the Creative Learning Centre – All My Favourite Shapes, by Sara Hughes – that was just fantastic. We could have spent all day there. They’ve painted the walls with magnetic paint and then there are thousands of different magnetic shapes, in all different colours, that you can create your own artwork out of. Amelie and I had fun creating some pictures together, but it was also intensely relaxing for me – Amelie was quite happy to work away at it on her own. It honestly made me wonder about creating it on a small scale in her bedroom at home. It was very hard to get her out of there, but other than that, it was a fun, relaxing, chilled activity for the two of us in a beautiful space.

So it didn’t exactly bring me joy, per se, but this podcast is a fascinating listen! It’s five episodes long and each episode is around an hour, but I ended up knocking it out over two days – I just couldn’t stop listening. I think it has a lot of meaning for me at the moment, given Amelie will be starting primary school in less than a year, and I’ve gone from an environment where there was lots of school choice (perceived choice, at least) and where everyone talks about it almost constantly in the parenting world, to an environment where we have essentially no choice. I’ve found that quite confronting, and listening to this podcast, I realise how easy it is to let your principles go when it’s your own child whose education you may be risking (I knew that about myself but the podcast makes it clear it’s more universal amongst ‘nice white parents’ than I had realised). It’s definitely worth a listen, even if you don’t have children in school.

I ran the 11km Traverse in the Auckland Marathon on 1 November, so my October was filled with training. I have not always been a runner, but at various times of stress in my life I’ve found solace in it, and finally that tipped over into me realising that I could just keep running consistently and it would help the stress before it even arrived (yes, I was rather slow to come to that conclusion). I’m not, like, a good runner. I’m certainly not naturally fast. But I can run for a long time, and the more I do it the faster I get.

I’m constantly telling Amelie, who I swear was showing signs of perfectionism before she could even crawl (sorry kid, that one’s from me, but it’s manageable) that the most important thing is enjoying yourself instead of worrying about being perfect immediately, and that if you keep trying, you will get better – and turns out I had to tell myself all along. Shrug. Once again, rather slow.

4. Asparagus and strawberries for every meal

Springtime is the best. I’ve been eating so much asparagus and strawberries. It’s so exciting when we come out of winter and the fruit and vegetable selection improves so much, so quickly! I’m going to make the most of every moment of this wonderful eating season, and then I’m going to move on to tomatoes, raspberries, cherries, plums and peaches without a second’s hesitation (summer is also the best).

My mother brought In Five Years, by Rebecca Serle, around one day for me to borrow and two days later I had finished it. SUCH a good read. I’d call it a love story, but the love story it presents honestly carries such dread. It’s hard for me to write too much about it without giving it away! It’s absolutely all about love, but not in a straightforward boy meets girl way at all. There’s not much I love more than getting into a book that pulls me so firmly into its orbit, and whose characters stay with me for such a long time afterwards (seriously, it’s been weeks since I read it, and I got goosebumps thinking about it just now).

Happy November, everyone! I’m hoping everyone has such a wonderful, joyful month. Please feel free to share the things bringing you joy in the comments; they’re important, and so are you! 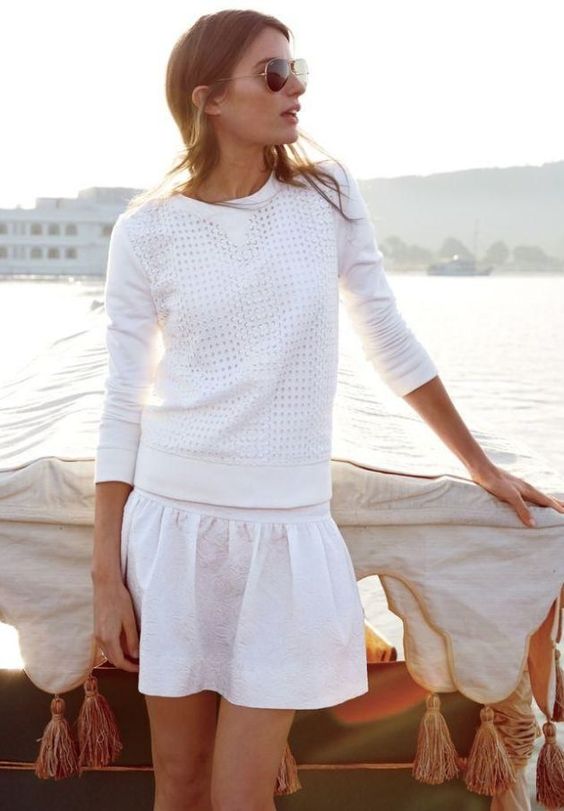